Delirious Departures was first presented in the EUROPALIA TRAIN AND TRACKS festival. CREW latched into the theme of the festival by LIDAR scanning iconic Belgian railway stations. This happened during the covid pandemic. The various sanitary measures made the railway stations deserted. The few people who were present kept their distance and stayed mostly stationary.
Normally people move around and are automatically removed from LIDAR scans by the reconstruction algorithm. During the lockdown, there were many people who kept their distance and stayed perfectly still. They are captured in the scans, which adds to the static, post-apocalyptic quality of the virtual world.

The scans are reconstructed, shaded and lit with a particular method, aiming for a specific aesthetic. This method obtains impressive, awe-inspiring, static environments. These are offset by switching to simplified scenes, wherein there is a lot of movement. In these scenes, the person in immersion is confronted with agents with various degrees of interactivity. In this way we create a juxtaposition of static, highly detailed worlds, with minimal worlds only populated by moving agents, moulded by the omitted architecture.

The problem of the representation of humans in 3D graphics is as old as the field itself. CREW artistic research has led us to avoid any photorealism as uncanny valley cannot be crossed in VR with
multiple agents. Similarly, CREW avoids cartoonish representations. Rather the artists approach the model of the human from a semi-abstract sculpture and fine arts perspective. Indeed, high quality animation lets us reduce the human form to a minimum while still being perfectly recognizable and relatable. Different stages of this abstraction are present in the experience.

An actor with Xsens full body tracking acts as both guide, antagonist and director. The actor controls the flow of the different scenes and can change his appearance in relation to the other avatars and the participant. The participant doubts which avatar is real or “live”. The actor communicates non-verbally with the person in the experience. Tracked objects as well as tactile interventions are used as mechanics to maximize immersion.

Essential to the experience is free movement. CREW has been working on embodied VR experiences since the early 2000s and has found movement to be essential to immersion, contrary to what is regularly shown at VR festivals. CREW collaborates with EDM (University of Hasselt) to develop custom tracking solutions. This version of the experience however uses standard steam VR tracking of maximum 10 by 10 meters, which is about the minimum for a meaningfully immersive experience. The interactions with the actor and the architecture of the worlds are devised in such a way that they stimulate movement.

The installation/performance is part of the Horizon 2020 research project Photoreal REaltime Sentient ENTity, with partners Framestore, Cubic Motion (Epic Games), Inria, University of Augsburg, Infocert, Brainstorm and University Pompeu Fabra. Within the context of the PRESENT project, CREW experiments both technically as conceptually with the role of humanoid representations in VR experiences. From the PRESENT project, Delirious Departures integrates two components. Interaction Fields is an algorithm for the UMANS crowd simulator by Inria. It is integrated in Unreal Engine. It is an artist-oriented tool that allows for quick scenarizing of complex group dynamics. The motion generator, developed by Cubic Motion (acquired by Epic Games) is an animation tool based on an implementation of motion matching, focused on natural locomotion instead of more action-oriented game motion.

ACM SIGGRAPH is a special interest group within ACM, and SIGGRAPH 2022 is the premier conference for computer graphics and interactive techniques worldwide. This year, they gather in person in Vancouver and virtually to celebrate their diverse, global community and the stories, innovations, and industry advancements that make us SIGGRAPH. 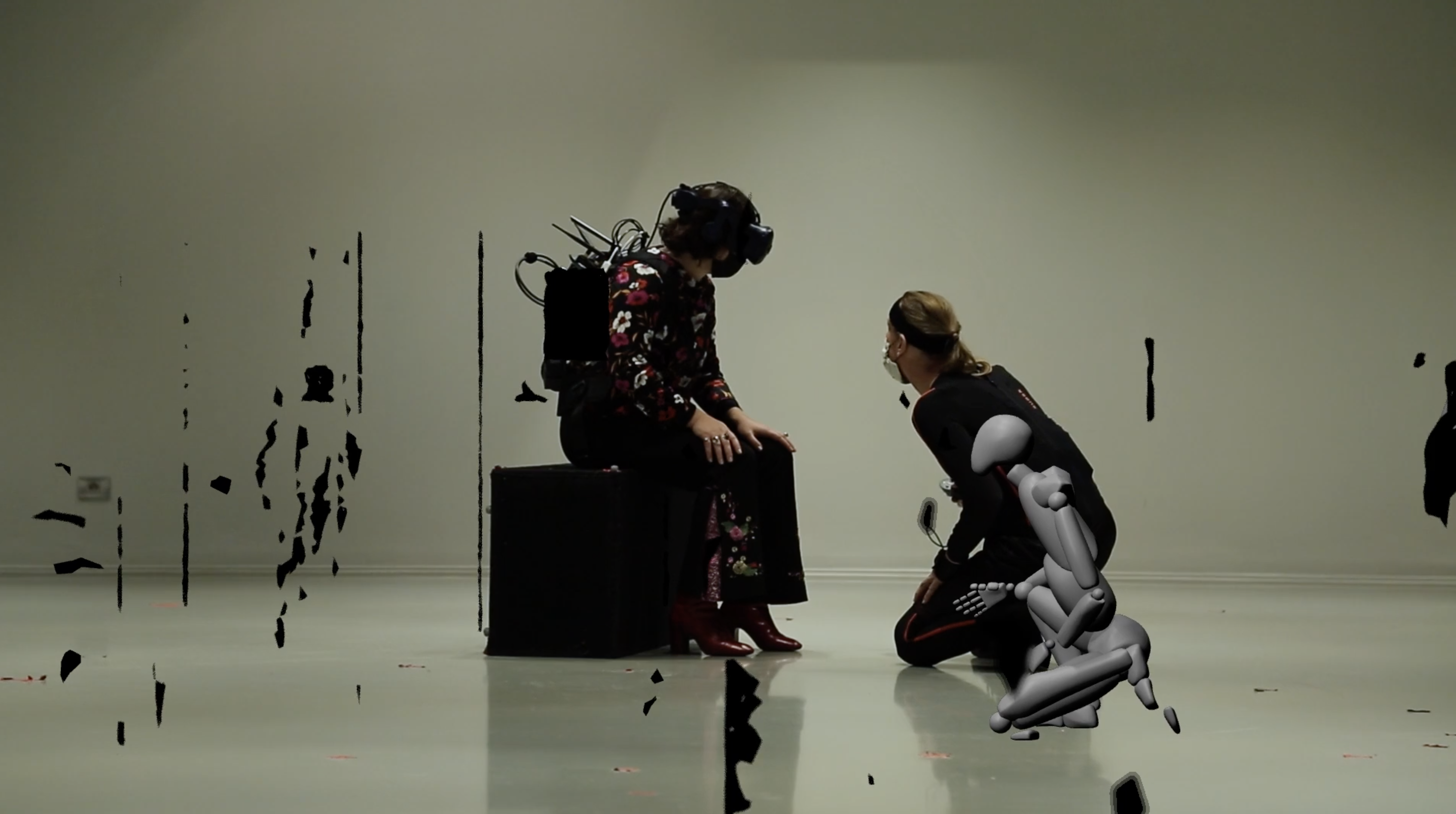 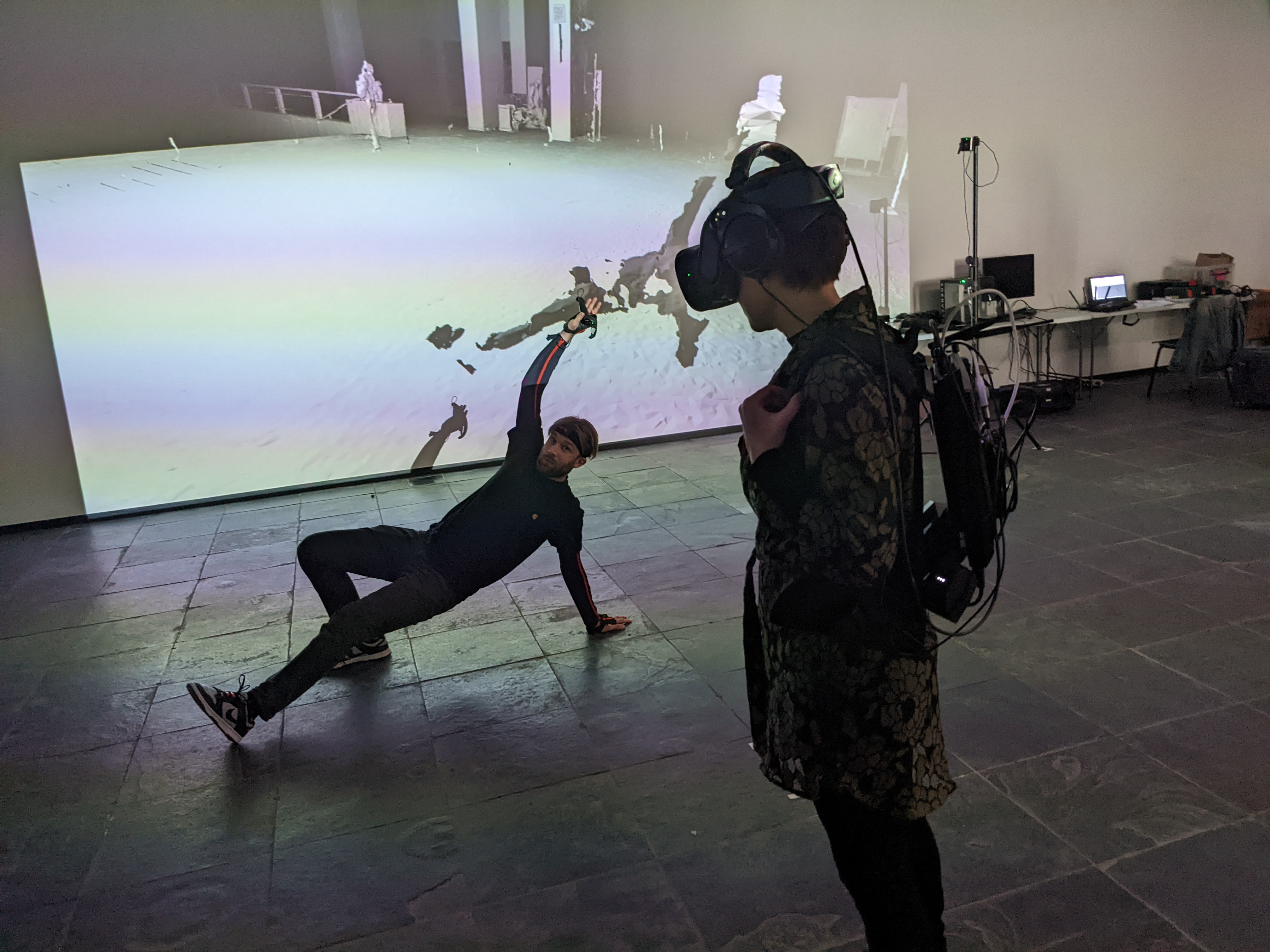